Brainstorming ideas for a small business can be a fun yet frustrating experience. It requires a serious analysis of areas of expertise and interests, and consideration of where those areas intersect in such a way that can make a business viable.

For women interested in startups, there’s plenty of advice from experienced authors and business experts. Here are some ideas for women looking to run their own small business (David Kiger, Business2Community, 2016)

You can read the whole article here

On December 7, 2015, HeBAN participated in a pitching jury organized by the Thessmart INNOHUB of the Thessaloniki Innovation Zone at the Macedonia Palace Hotel. Marina Hatsopoulos, Angel Investor from Boston, USA, and member of the International Advisory Board of HeBAN, and Andreas Baresel-Bofinger, co-founder of HeBAN, together with other distinguished jury members had the pleasure to follow the pitching of 7 start-up teams of the Thessmart INNOHUB. The teams had the possibility to discuss their venture concepts in further detail in the following one-to-one talks. 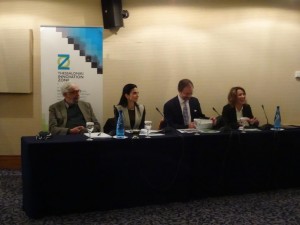 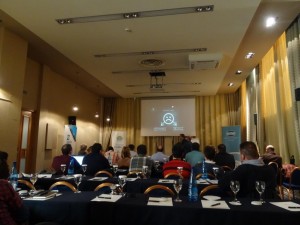 In the week of November 23, 2015, Professor Sir Keith Burnett CBE FRS FLSW, Vice-Chancellor of the University of Sheffield visited Thessaloniki to join the graduation ceremony of the International Faculty of the University of Sheffield, CITY College. During his visit the Vice Chancellor met with the Mayor of Thessaloniki and his team, as well as with ministers, ambassadors and other distinguished people of the whole SEE region. Following his visit, the VC wrote a powerful message which reflects the dynamics and the potential of the city:

“This week I met the mayor of Thessaloniki: what a meeting. It was the best meeting I’ve had in some time, but it was also the worst.
It was the best, firstly because the mayor is a wonderful and truly wise man, who some say would be prime minister of Greece, if he were not already in his seventies. It was also the best because I felt the commitment of the mayor’s team to help the rising tide of people entering Europe through Greece. They are doing this with a powerful spirit of humanity that made me feel privileged to be with them.    … ”

Initial edition available in the Sept. 18 issue of Financial Times

The Global Entrepreneurship Network released the inaugural issue of GEN Magazine, a voice for promoting entrepreneurial growth worldwide. The issue, featuring a foreword by U.S. President Barack Obama, is being distributed in every edition of the Financial Times worldwide and hits the newsstands Friday, September 18.
The magazine underscores the value of collaborative entrepreneurial ecosystems as the epicenter for creating jobs, unearthing innovations for society and strengthening economic stability. It puts a special focus on European nations hard at work.